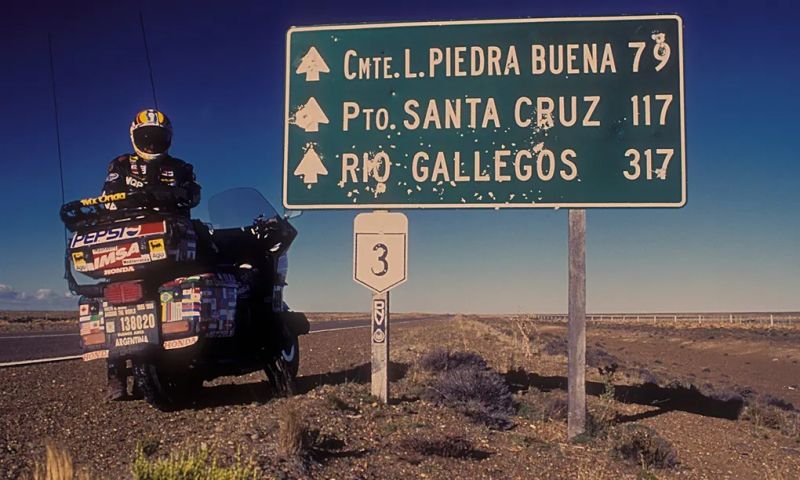 The adventurer is Guinness world record holder for longest journey by motorbike but loves his home country’s wild spaces as much as anywhere he has visited
I travelled 735,000km in 10 years. This is almost as much as travelling from Earth to the moon and back. Starting in 1985 and arriving back in Argentina on 2 April 1995, I circled the globe twice on a Honda Gold Wing 1100 motorcycle after quitting my job. I had only $300 in my pocket. I had never left my country before, and I was embarking on a mind-blowing journey. My motorcycle was my main companion, along with the countless souls I met along the road. Muhammad Ali gave me a $50 bill. Pope John Paul II blessed me. I shared thoughts on travelling on Earth and to the moon with astronaut Buzz Aldrin. I used 13 passports of 64 pages each.

I did not choose my motorcycle. She picked me. Once, a colleague asked me to come along to see bikes in Buenos Aires. When I stepped into the place, I saw through the glass door of the dealer’s office a photograph of an alluring black motorcycle with fairing, a radio, an antenna, suitcases on both sides and a sign that read: “The world is yours, on two wheels.” It became my motto. I had never ridden a motorcycle but I knew it was the one. I called it the Black Princess.
Money was too scarce for me to do any travelling when I was a child. I was born in Buenos Aires to a couple aged 17 and 18. My first adventure was in central Argentina, in the foothills of the green Sierras Chicas, in Cordoba province. I was four. There was a thread of water falling from a 15-metre-high stone wall into a pond. It then flowed through the grass and disappeared off to the horizon. I remember looking at the thread and pondering how far it went, and how far I could go.
Deep in the Amazon I met 50-year-old Pedro, a gold miner and a fugitive. He was as wise as a Jedi Master. When I told him I was not stopping by Santarém, a drowsy port town with white-sand river beaches in northern Brazil, he asked: “How does one pick a place and eliminate the others? How do you know that a place will not teach something?” Since then, I strove not to leave one single island, atoll, town or person behind.
Diving with whales off Puerto Madryn in Patagonia is one of the best experiences I have had in Argentina. They migrate to this area from Antarctica every year between June and December, their breeding season. The Valdes peninsula is one of the best whale-watching spots in South America and a Unesco world heritage site for marine mammals such as southern right whales.

I saw a sign that read 'The world is yours, on two wheels.' It became my motto 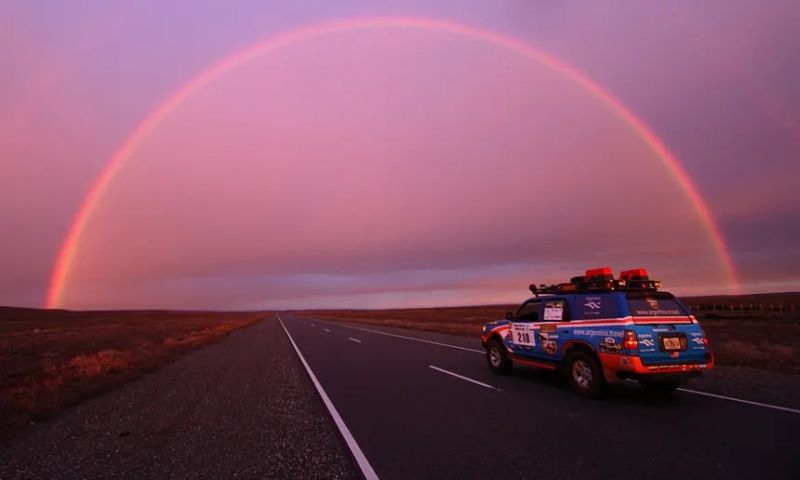 Patagonia often feels surreal. I once saw a rainbow so big it seemed to be the door to a different dimension. Walking along the deserted beaches of Patagonia’s Cabo Vírgenes at kilometre 0 of Route 40 (which runs parallel with the Andes for about 5,000km) teaches you the meaning of true solitude.
There are some great places in the north of Argentina, too. The Quebrada de las Flechas (“gorge of the arrows”), also on Route 40, is extraordinary for its angled, pointed rock formations. The famous Iguazu falls, both in Argentina and Brazil, have to be visited, too.
At Salta, which is nicknamed “the beautiful”, visitors should try knife-cut meat empanadas – carne cortada a cuchillo – and spend a few days in a family hacienda rather than a hotel. Some of them, in the outskirts of the town, are more than 100 years old. They usually serve a fantastic breakfast with fresh homemade bread. 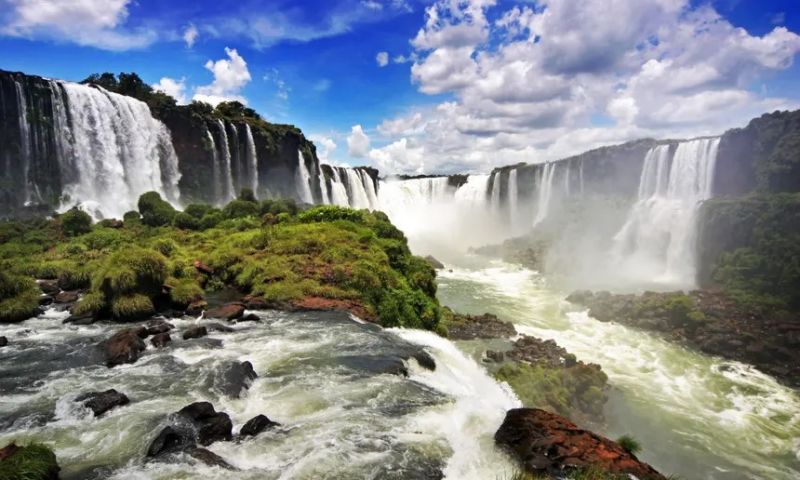 Two hours’ drive north of Salta is Purmamarca, with its Cerro de Siete Colores (hill of seven colours) and Inca past. It is part of the Quebrada de Humahuaca, a 95-mile-long valley used as a major economic and cultural route for at least 10,000 years, and now a Unesco world heritage site. You have to spend at least a night in the Spanish neocolonial-styled Hotel Manantial del Silencio (double room from £95 B&B) with its beautiful interior and views of the colourful hill.
I believe that God decides people’s jobs. I got to be a traveller and I will commit to doing it for the rest of my life. I am positive that humans were born to grow wings, not roots.
Emilio Scotto runs a travel agency (emilioscotto.com) specialising in motorcycle trips.